It is interesting to know that in this day and age politicians still indulge in the exchange of epistles. There have of course been some changes since Biblical times. Nowadays important letters invariably appear online rather than in print. Such was the case in this week’s spat between Donald Tusk and Justin Tomlinson MP.

Tomlinson and around 80 other MPs had taken it upon themselves to inform the European Council, or the Commission, or whoever else would take notice, of their outrage that the EU seemed ‘worryingly indifferent to securing reciprocal rights for our and your resident citizens’. This, they felt, was causing ‘anxiety and uncertainty for the UK and EU citizens living in one another’s territories’. An interesting argument, Mr Tomlinson; thanks for bringing it up. I will address it with the following points. 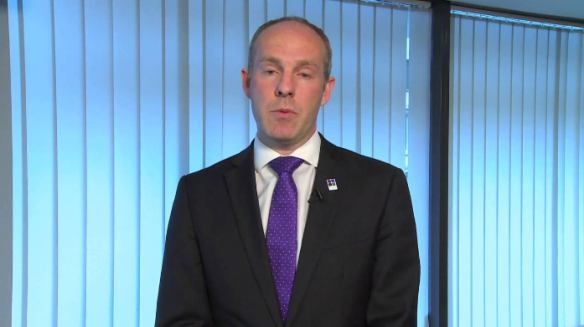 Justin Tomlinson MP – defender of my rights, I think not.

Secondly, Mr Tomlinson et al. express concern at the EU’s ‘worrying indifference’ towards the rights of the EU’s resident UK citizens. I wholeheartedly agree that there has been an overabundance of ‘worrying indifference’ regarding the question of Brexit; however, I was (and am) far more concerned about the worrying indifference that the Leave campaign, and ultimately the British electorate, showed towards not only the safeguarding of my rights as a UK citizen abroad, but also towards issues such as Northern Ireland’s border, the value of the pound, and various other looming calamities. Therefore I do not think it is the EU that has shown the most callous indifference.

As I’ve written before: prior to Brexit, my rights as a UK citizen on the European mainland were settled. Now, they are very much in question. This is a state of being which was brought about solely by the Brexit vote on 23 June 2016. The EU has not thrown my rights, nor the rights of EU citizens living in the UK, into question; British voters have.

Thankfully Donald Tusk has pointed this out. On 29 November 2016 he wrote a reply to Tomlinson et al., and asked ‘Would you not agree that the only source of anxiety and uncertainty is rather the decision on Brexit?’ The UK has put itself, and its citizens living abroad, into the situation in which we now find ourselves. I do not believe the EU owes the UK anything over Brexit, and is rightly concerned about the rights of its own citizens living in the UK. The MPs who wrote the letter seem unhappy that UK citizens abroad will be used as ‘bargaining chips’; but let us not forget that it was our own Secretary of State for International Trade who referred to EU citizens in the UK as ‘one of our main cards’ in the Brexit negotiations. We were not bargaining chips before 24 June.

It is the recklessness of the Leave campaign, the results of the vote on 23 June, and the embarrassing actions of the Conservative government since then that have brought the EU’s internal emigrants into this state of anxiety and uncertainty. Any attempt to shift the blame for this onto the EU is duplicitous and shameful.

1 thought on “An Epistolary Spat”